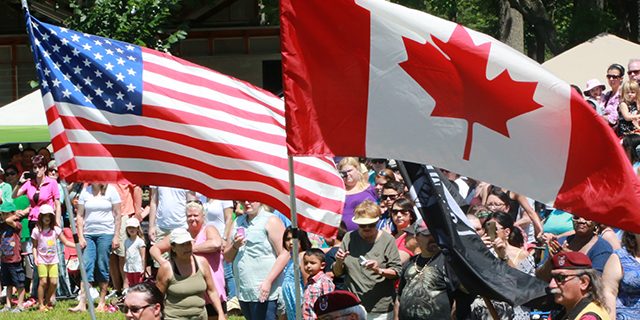 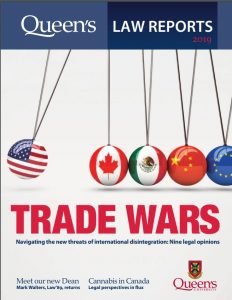 In the Spring/Summer edition of the 2019 Queen’s Law Reports, Chair of the International Intertribal Trade and Investment Organization, Wayne Garnons-Williams, was invited by the writers and editors of the Queen’s Law Reports to reflect and respond to the developments on international trade in relation to the revised North America Free Trade Agreement (now renamed USMCA – United States, Canada Mexico Agreement). 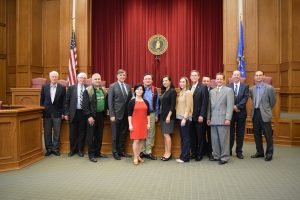 Various executive members have contributed to the development of the Indigenous Trade Chapter, which is part of Canada’s larger “Inclusive Trade Agenda”.   During the time period when the US administration decided to renegotiate NAFTA, it was IITIO that was the only organization out of 2500 submissions that argued logically out of sound law and policy for an Indigenous Trade Chapter.  IITIO’s July 2017 submission the Minister of Trade on a reopened NAFTA can be found by licking on the hyperlink:  https://iitio.org/nafta/ 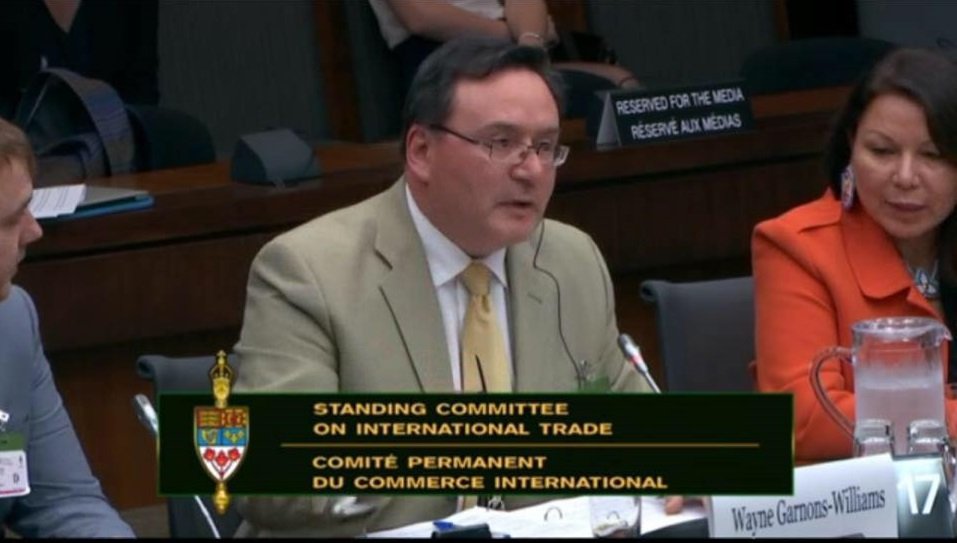 Wayne was invited to make submissions regarding its Indigenous Chapter within NAFTA to the Canadian Parliamentary Standing Committee on Trade on behalf of IITIO on Sept. 18, 2017 (see http://bit.ly/2xyI6wc). In its final report, the committee supported his submissions and officially recommended and favorably supported an Indigenous Chapter in a revised NAFTA (see http://bit.ly/2mcq9O7). 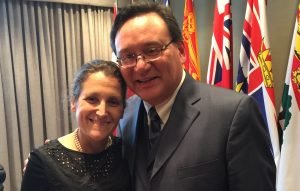 Collaboration with Minister of Foreign Affairs

On October 6, 2017, the Chair of IITIO was invited to a NAFTA – Intellectual Property “think tank” session chaired by the Minister of Foreign Affairs, Chrystia Freeland. At this session, IITIO’s analysis of Indigenous Traditional Knowledge and IP was favorably accepted by Minister Freeland: 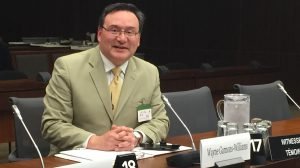 On June 14, 2018 Wayne appeared before and gave submissions to the Canadian Senate Committee on Trade, Banking and Commerce to present on the subject of emerging trade issues, in particular international Indigenous trade. 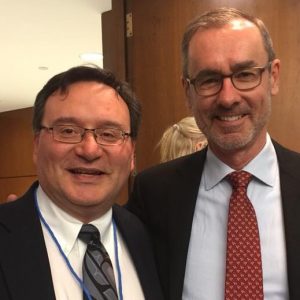 The article entitled “Trade Wars” as found in the Spring/Summer edition of the 2019 Queen’s Law Reports was the gathering together of nine respected Trade Law Experts wherein Wayne’s focus was on International Indigenous trade law and the new NAFTA.  This article hyperlink and pdf version is attached for the reader’s convenience.

Some excerpts are as follows: 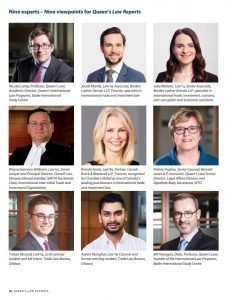 Wayne Garnons-Williams, Law’90, senior lawyer and principal director of Garwill Law in Ottawa, serves as a tribunal member of the NAFTA Secretariat, responsible for administration of NAFTA’s dispute settlement provisions. As he points out, “The renegotiation of NAFTA was very challenging because the U.S. wasn’t playing win-win with Canada. The U.S. was doing a zero-sum negotiation from a position that they needed it and might makes right. Canada conducted a quiet, persistent, level-headed negotiation, and I’m pleased with what Team Canada achieved. As a tribunal member, I saw our ability to save the dispute resolution mechanism as central,” he says.

Canada’s inclusive trade agenda is a set of policies aimed at addressing the inequities mentioned and extending to more groups the economic benefits that flow from trade liberalization. Currently that agenda’s focus includes Indigenous peoples, women and youth, as well as small and medium-sized businesses.

Wayne Garnons-Williams, Chair of the International Inter-tribal Trade and Investment Organization, worked collaboratively with Global Affairs Canada to develop an Indigenous chapter to be added to the renegotiated NAFTA, increasing opportunities for Indigenous peoples to engage successfully in cross-border trade.

“The government worked with us on developing the chapter and sought our guidance. It’s good for business and social policy to allow Indigenous peoples a form of economic sovereignty to create jobs and build international trade,” he says.

The Indigenous chapter did not make it into the USMCA. Still, it’s a model currently being used in some of Canada’s other trade negotiations, and it will be re-raised when the USMCA eventually comes up for review in three years. As Garnons-Williams explains, “We have the ability to use an Indigenous chapter as part of Canada’s inclusive trade agenda in various trade agreements. That’s happening right now in our negotiations with the Pacific Alliance (a trade integration group including Chile, Colombia, Mexico and Peru) and Mercosur (including Argentina, Brazil, Paraguay and Uruguay).

“We’re also working on a side agreement between Canada and New Zealand that would allow for free trade of goods and services between the Maori in New Zealand and Indigenous peoples in Canada. That’s good for tribes and good for nation states. It’s a policy ensconced in a trade agreement that empowers Indigenous peoples to shape their own economic development,” he says. 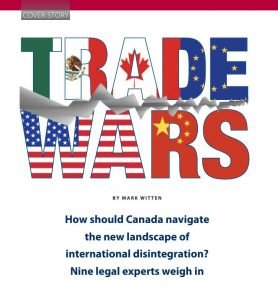 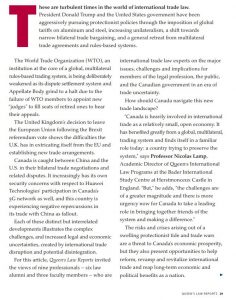 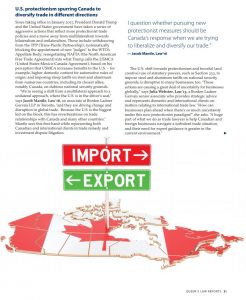 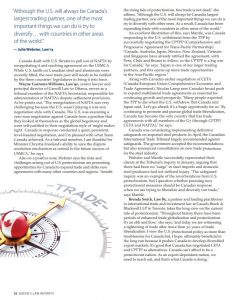 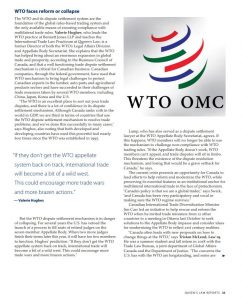 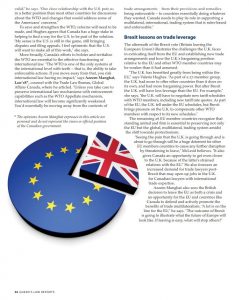 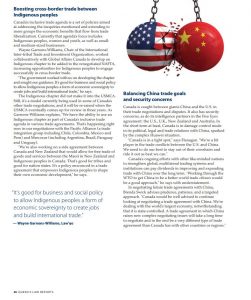