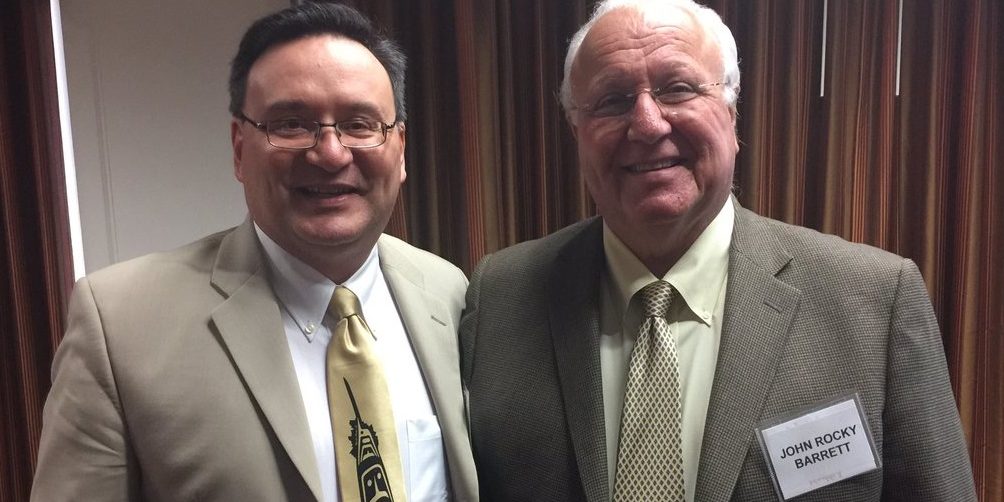 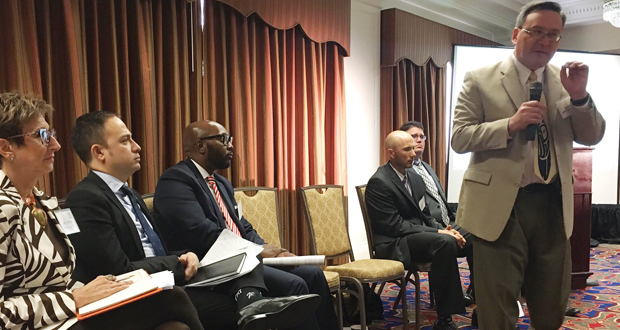 OKLAHOMA CITY – Canadians are some of Oklahoma’s biggest customers, and there could be more opportunity to exchange goods, especially between the tribes.

Garnons-Williams is the chairman of the International Inter-Tribal Trade and Investment Organization, based in Canada. In the last three years, the group has hosted three conferences, including two events in Oklahoma. The Chickasaw, Choctaw, Cherokee, and Citizen Potawatomi nations helped host the events.

“At the U.S.-Canadian border, there’s great opportunity for the flow and exchange of tribal goods and services,” he said.

He was part of the 30th annual Sovereignty Symposium’s panel on economic development on Wednesday. He said the international right of tribal trade has never been extinguished by the courts.

“All we have to do is take those embers and ignite a fire – a fire of positive trade,” he said.

This allows raw products to be shipped, assembled on the site, and then shipped outside the U.S. without a tariff. If the assembled item is shipped in the U.S., it’s sent at the lowest tariff possible.

He said the trade possibilities with Canada are a wonderful opportunity.

But policies can change, which is why diversifying a tribe’s economy is important, said David Nimmo, CEO of Chickasaw Nation Industries. The entity was created in 1999 with $50,000 in seed money. CNI is separate from the gambling operations.

Nimmo said Chickasaw Nation Gov. Bill Anoatubby didn’t want the tribe to depend on gaming revenue because policies can change, especially related to Native Americans. CNI now has 12 companies with 2,000 employees in 40 states. Most of the profits go the tribe, but CNI does keep some earnings to continue its growth.

Oklahoma Treasurer Ken Miller pointed out that one way the tribes serve the state – and help save the state money – is by offering several core services, including health care.

“You’re taking care of your people, which is our people,” he said. “We’re underfunding the services that our people depend on.”

He said Oklahoma is in the bottom 10 of the 50 states in how much it spends on four core services; health care, public safety, education, and transportation-infrastructure. Miller said he talked to Chickasaw Nation Commerce Secretary Bill Lance this week. Lance said the nation spends about $240 million on health care annually.

“And when you think that our state budget is $6 billion, (the Chickasaws’ amount) is pretty significant,” he said.

Another arm of the nation’s industries is tourism, especially with its Adventure Road campaign. Deputy Commerce Secretary Dakota Cole said the tribe has 230 participating businesses in the campaign.

“We want to promote rural Oklahoma and help up communities challenged by tough situations,” he said.

In Chickasaw Country, four counties have persistent poverty, meaning they’ve been at 20 percent or higher of the poverty level.

State Rep. Meloyde Blancett, D-Tulsa, said she thinks the tribes can do more to promote cultural tourism. Oklahoma has the potential to surpass New Mexico and Alaska as Native American-tourism destinations, she said.

“An authentic sense of place is highly marketable,” she said. “This is happening all over the country. Let’s grab and own being Native American.”